Effectiveness of Section 54 of the Modern Slavery Act

Report analysing how effective section 54 has been in holding UK businesses accountable for modern slavery in their supply chains.

This report was developed by a collaboration of researchers from the Bonavero Institute of Human Rights at the University of Oxford and the Bingham Centre for the Rule of Law, part of the British Institute of International and Comparative Law.

In 2015, the Government of the United Kingdom (Government) introduced section 54 (section 54) of the Modern Slavery Act 2015 (MSA). Section 54 requires businesses with a certain annual turnover to publish a ‘slavery and human trafficking statement’ (MSA statement) every year. In the express intention of the lawmakers, the MSA statement would enable consumers and civil society organisations (CSOs) to hold big businesses to account for failing to take adequate steps to address modern slavery and trafficking risks in their supply chains.

Despite being heralded as a ground-breaking piece of legislation, the Government’s decision to use this light-touch approach to regulation has been criticised for failing to bring about meaningful changes in corporate behaviour. To address these criticisms, in September 2020 the Government committed to several reforms to section 54, including a state-run central registry for MSA statements. In January 2021, the Government announced its intention to introduce financial penalties for organisations failing to comply with section 54.

Nevertheless, even taking these amendments into account, the fundamental question remains: how effective is section 54 in holding UK businesses accountable for modern slavery in their supply chains?

This report for the Modern Slavery and Human Rights Policy and Evidence Centre responds to this complex question by:

It employs a combination of research methods conducted by researchers at the Bonavero Institute of Human Rights, University of Oxford and the Bingham Centre for the Rule of Law /British Institute of International and Comparative Law (BIICL).

We developed a ‘spectrum of effectiveness’, providing a framework to measure the effectiveness of section 54 in terms of its ability to:

Applying this spectrum, we found limited compliance with the letter of the law (level one of the spectrum). However, although the MSA statements have increased in length and sophistication, our research did not find evidence of these improvements necessarily translating into increased action or provide further insight into the company’s modern slavery supply chain risks and preventive steps (level two of the spectrum).

We conclude that it is also difficult for civil society organisations to evaluate the extent to which modern slavery has reduced (level three of the spectrum) due to a lack of verifiable and evidence-backed information. Thus, much more needs to be done to monitor the effectiveness of section 54 in bringing about legal compliance, corporate change and ultimately the prevention of modern slavery abuses in business supply chains.

Enforcement through purposeful monitoring is crucial to motivate companies to improve their MSA statements and the steps they take to address modern slavery in their supply chains. In other regulatory models for corporate accountability, this enforcement mechanism is typically performed by the Government. Yet, in the section 54 context, monitoring has been left to CSOs, which do not have the necessary resources to exercise continuous oversight over section 54 compliance.

There are several barriers to civil society monitoring, such as a lack of detail and transparency in, and inconsistencies between, MSA statements, the reactive rather than proactive nature of the statements, the lack of mandatory requirements, the fact that businesses are not legally required to deposit their statements in a central repository and the lack of clarity on the format of online publication of statements.

The volume of information and detail some companies provide on their business operations and supply chains can create the impression of good practice, which may deflect scrutiny. Companies may also be reluctant or unwilling to acknowledge or disclose the full risks of modern slavery in their supply chains, and therefore avoid steps to address them. Thus, active steps should be taken to reduce the enforcement burden on CSOs and intervene in the enforcement process by introducing state-based monitoring.

In light of the above findings, there is a clear need for increased scrutiny under section 54, which in turn will improve accountability. We drew insight from a range of corporate reporting monitoring and enforcement mechanisms of other UK corporate regulations, such as gender pay gap reporting requirements, consumer protection, anti-bribery laws, health and safety regulation, and environmental law.

The state’s role in these regulatory models ranges from quasi-administrative functions to investigations and inspections, civil and criminal sanctions, and more. In particular, mechanisms such as Health and Safety Executive compliance inspectors, fines, strict liability, directors’ liability and prosecutions serve an important role in enforcing accountability and increasing the regulatory regime’s effectiveness. Thus, the Government should consider similar measures for section 54 to increase accountability and bring about substantial changes in corporate behaviour. 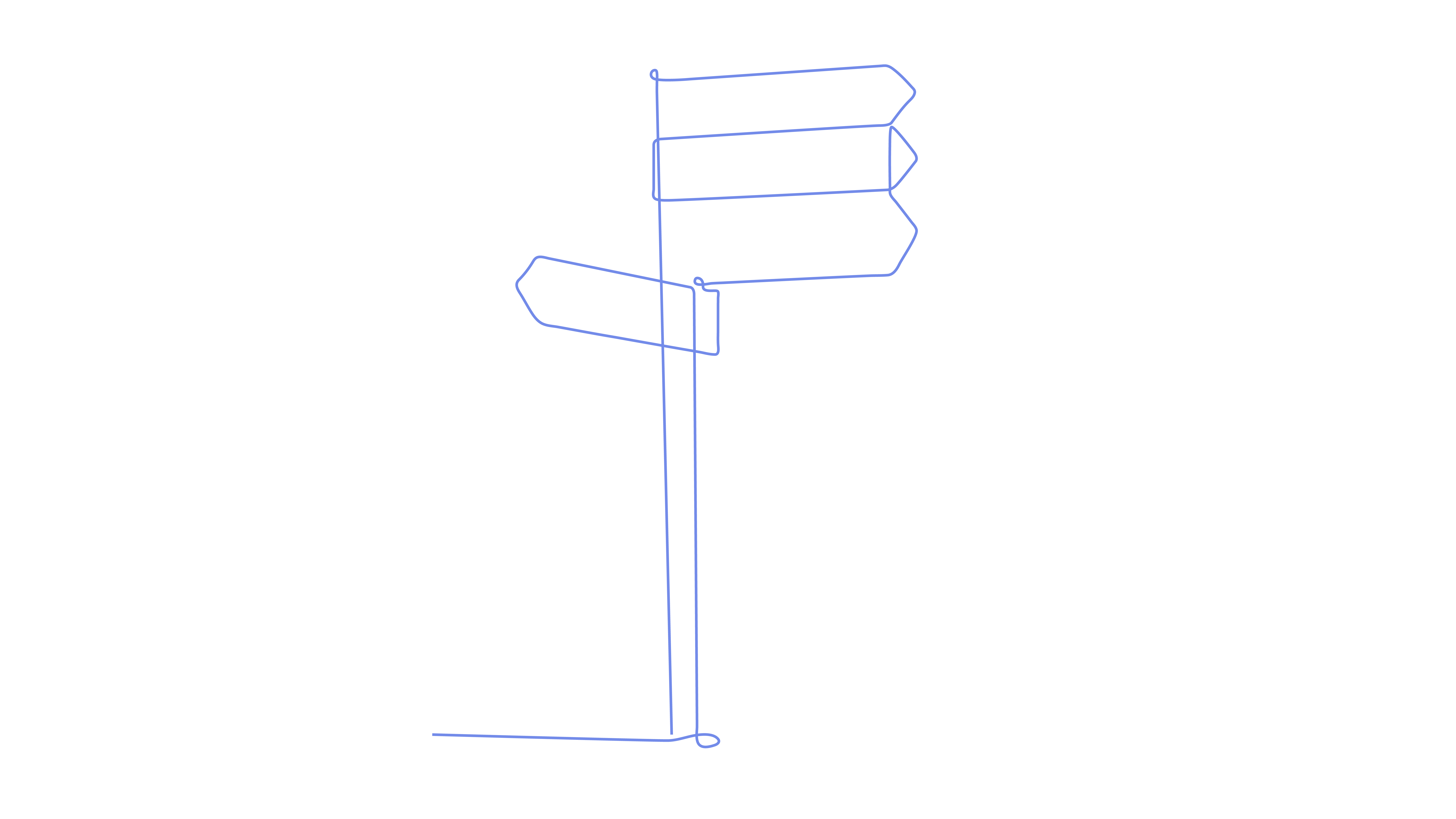 Building upon our findings and the Government’s recent commitments to strengthen section 54, we recommend changes to the Government’s approach designed to improve accountability and the effectiveness of section 54 of the MSA in three key areas:

In relation to the proposed registry and mandatory reporting requirements, we recommend an emphasis on monitoring (by risk and sector), complemented by the spectrum of effectiveness and investigatory powers to verify the information contained in MSA statements. In this context, the Government should establish a single enforcement body or identify an existing body to oversee section 54 compliance.

2. Financial penalties and other interventions

Regarding other interventions, we recommend that monitoring be coupled with enforcement powers, enabling a more substantive, gradual approach to enforcement and that increased sanctions for non-compliance are used.

Using current corporate accountability mechanisms as a guide, sanctions for non-compliant companies should include a system of warnings followed, if necessary, by an unlimited fine or a fine proportionate to annual turnover.

3. Further opportunities for progress and reform

Moving forward, we recommend further research on the cost and scale of legal mechanisms and the impact on public sector organisations, a review the definition of non-compliance with section 54 and more research on the effectiveness of reporting requirements on non-consumer-facing industries, such as suppliers of component commodities, wholesalers and business-to-business entities.

At the corporate level, we recommend that companies consider the ‘spectrum of effectiveness’ when drafting MSA statements. Companies should take concerted action to improve their MSA statements’ quality and ensure that they provide a realistic reflection of what is occurring within the company to avoid disparity between the company’s public reports and its real-world implementation.

Finally, to complement to above initiatives, we recommend that CSOs collaborate with the Government to build the proposed state-run MSA statement registry and work with companies to facilitate their full and engaged participation. We also recommend CSOs continue to monitor MSA statements, including exploring and verifying the potential links or disconnections between published information in MSA reports and the corresponding practical implementation by companies.

This report provides foundational findings on the ‘effectiveness’ of section 54 and a springboard for further research, including the Government’s proposed modern slavery registry and other amendments to section 54. We encourage future research to involve the broad range of critical stakeholders to gain richer perspectives on the regulation and enforcement of section 54.

Report: relying on civil society to hold business to account for preventing modern slavery in their supply chains has been ineffective.

Engagement of lived experience in international policy and programming

Research project exploring best practice in the engagement of people with lived experience of modern slavery in international policy and programming.

Sign up to our newsletter for our latest updates